EP14 – What if the Best Route, Isn’t a Straight Line – Hector Munoz
Next Video

Become The Athlete You Were – The Javen Palmer Interview 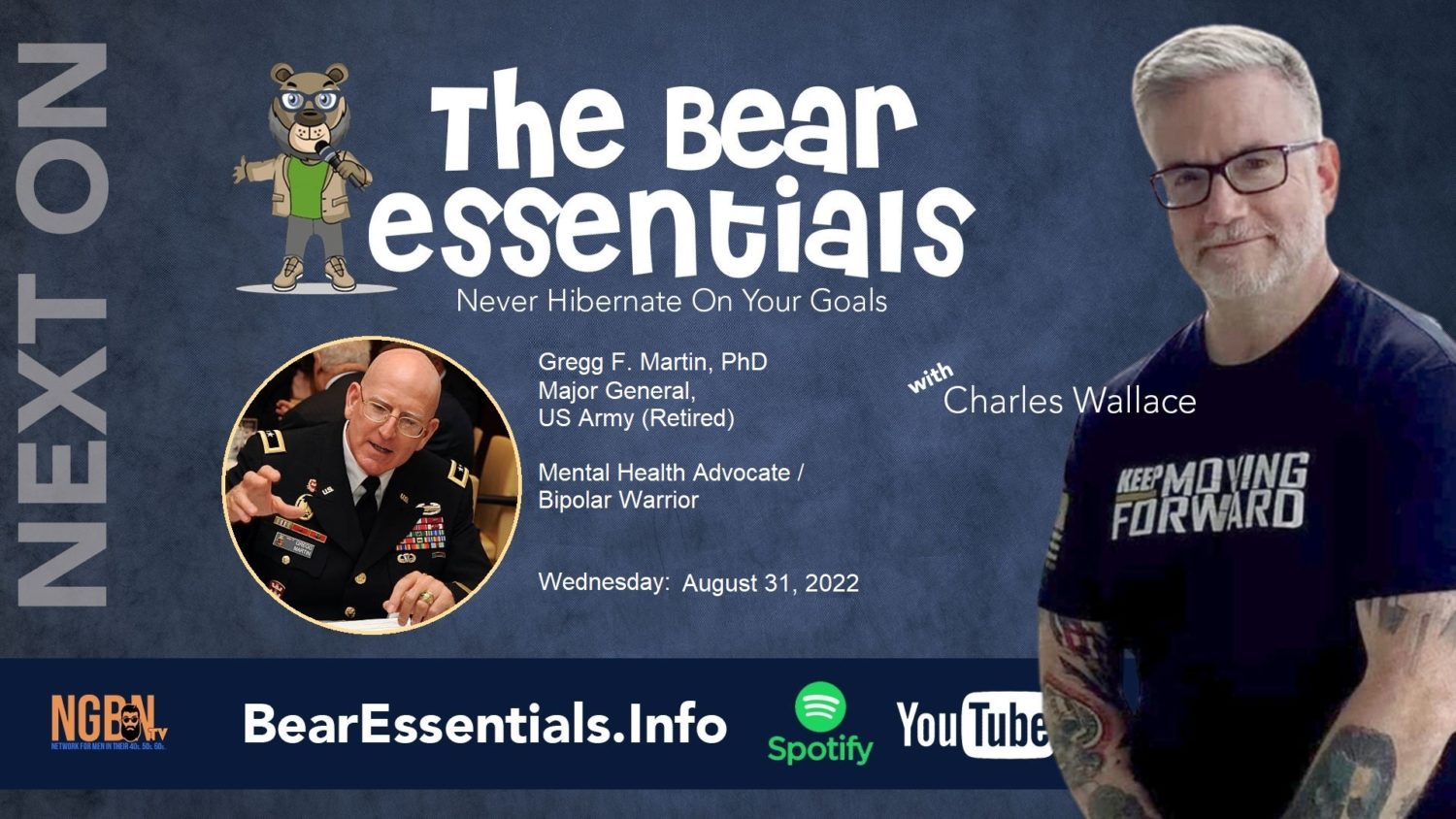 Become The Athlete You Were – The Javen Palmer Interview

War isn’t uncommon for a two-star General in the US Army, but when the war is mental illness, the rules of engagement are different.

Today’s guest on The Bear Essentials, Gregg Martin is a retired US Army General who suffers from bipolar disorder.

Gregg F. Martin, PhD, Major General, US Army (Retired), served on active duty for 36 years, until May 2015. He is a combat veteran, Bipolar Survivor, Airborne-Ranger-Engineer qualified soldier, and Army Strategist.

He holds a Ph.D. and two masters degrees from MIT, masters degrees in national security strategy from both the Army and Naval war colleges, and a bachelors degree from West Point. He commanded an engineer company, battalion, the 130th Engineer Brigade in combat during the first year of the Iraq War in 2003-04, including the attack from Kuwait, up the Euphrates River Valley, to Baghdad and beyond.

He served multiple overseas tours, and, as a general officer, commanded the Corps of Engineers Northwest Division, was Commandant of the Army Engineer School, commanded Fort Leonard Wood, was Deputy Commanding General of Third Army/US Army Central, Commandant of the Army War College, President of National Defense University, and Special Assistant to the Chief of Engineers. He was awarded the Distinguished Service Medal (twice), the Bronze Star Medal, and the Combat Action Badge.

He is married with three sons, two of whom are Army combat veterans, and one an artist. His daughter in law is also an Army combat veteran. His wife is an “Army brat” and heroine for persevering though their Army career and surviving and overcoming their bipolar ordeal, which has been the toughest fight of their lives. They live in Cocoa Beach, FL, where he is writing, speaking, and sharing his story of “battling bipolar disorder” to help save lives and stop the stigma.

Gregg F. Martin PhD can be found on the following: