Hosted by BIPOC father-daughter duo Ben & Willow Smith, Loving Goliath is a show about finding love for the monster within us all. From topics such as mental illness and family trauma to overcoming breakups and finding a sense of purpose, nothing is off the table. Complete with appearances from special guests including experts in their field and everyday guys like you, the team cuts to the heart of mental health, male self-esteem, happiness, racism, identity and everything in between. Loving Goliath approaches these tough conversations with hope and excitement for a better world, from one generation to the next.

Ben was adopted in Seattle and raised by white parents in a tough neighbourhood in East Vancouver. He experienced relentless violence, bullying, and racial discrimination. As a way to overcome fear and self-loathing, Ben became a competitive boxer, wrestler, and bodybuilder. These positive outlets allowed Ben to channel his hurt, anger, and frustration, eventually owning a gym, helping others as a successful personal trainer and mentoring youth as a community care worker.

Ben’s many years working as a nightclub bouncer gave him unique insight into the universal quest for self-acceptance, love, and happiness. Now he works to help men move past their own pain.

Willow is passionate about helping men to overcome their own trauma and pain after seeing the effects of both on her dad growing up. Roller derby team captain and president of the board, she takes her experience on the track and the motto ‘I’ve got your back’ into every interaction The Goliath Foundation deals with men and male-identifying individuals in situations like the ones she saw growing up. Working through past pain and trauma, depression, anxiety and ADHD, she walks alongside listeners in the journey of healing.

Her perspective is that of someone in every man’s life who wants him to be happy, healthy and whole. 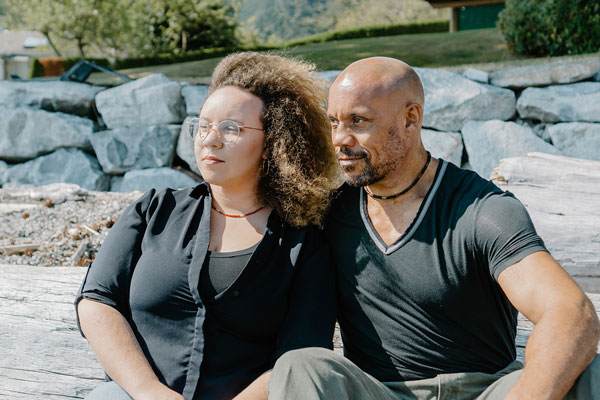 We truly believe that men’s mental health is the key to unlocking a happier, healthier world. So many men work so hard to put on a brave face and hide their pain for the benefit of someone else when truly, they are so much stronger when they are healthy and whole - and they deserve to be.

Does size matter? Well, does it? Our guest today, adult film star Erik Everhard, answers the question definitively once and for all!
169
1

This conversation with the amazing Jefferson Roc got us fired up and excited about the future of technology and mental health!
190
0

Mandy McIntyre of Level Up Consultants has seen the devastating effects of struggling mental health in the construction industry. To...
180
0

Hosted by BIPOC father-daughter duo Ben & Willow Smith, Loving Goliath is a show about finding love for the monster within us all. F...
406
0
Top